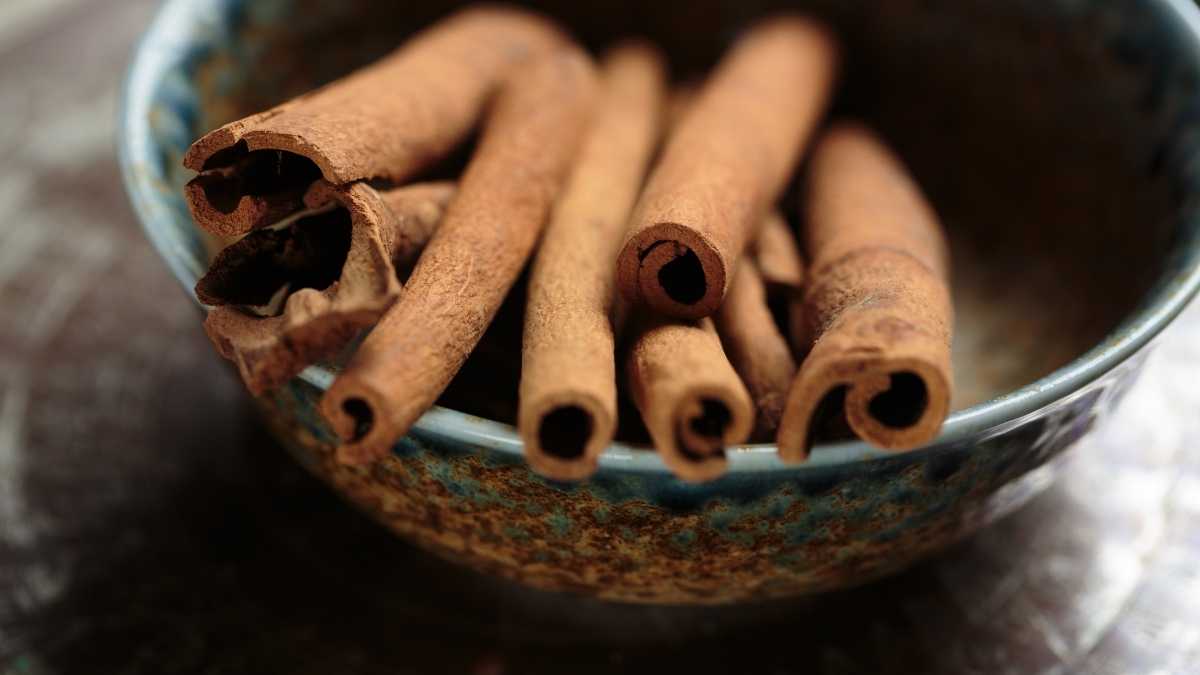 While the benefits of cinnamon are undeniable, too much of this spice is bad for your health. What is the reason? The fact is that cinnamon (especially Chinese cinnamon) contains quite a lot of coumarin (about 5 mg in each teaspoon is the recommended daily limit for coumarin). This substance is bad for health – it damages the liver and can even cause cancer.

Studies in animals show that high doses of coumarin increase the risk of cancer. Therefore, it is best to choose Ceylon cinnamon, which is practically coumarin-free. While there is no recommendation on how much cinnamon to eat per day, most experts agree that one teaspoon Chinese cinnamon (and slightly more Ceylon cinnamon) is safe for health. This is more than enough to add a pleasant aroma to oatmeal, morning omelet, latte or smoothie.

Nowadays, we all are concerned about dieting and weight loss. And, if you are thinking about dieting while having an Indian meal plan then you should definitely know about cinnamon in detail. Because cinnamon is a part and parcel of Indian meals.

People taking diabetes medications need to be especially careful. Although cinnamon is excellent at lowering blood sugar levels, too much cinnamon can lead to hypoglycemia, a condition characterized by very low blood sugar levels. The typical symptoms of hypoglycemia are dizziness, fatigue, and even fainting. People taking insulin should be especially careful. If you have diabetes, be sure to check with your doctor to find out how much cinnamon you can eat per day. 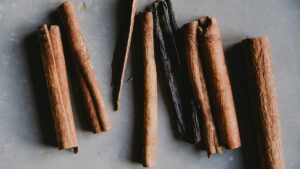 SIDE EFFECTS OF CINNAMON

Excessive consumption of cinnamon, as well as other spices, can cause side effects. This mainly applies to cassia and is due to the presence of high amounts of coumarin in it, which can have a negative effect on the liver.

How much cassia can be consumed per day without fear of consequences is quite simple to calculate: the permissible daily intake of coumarin is 0.1 mg per kg of body weight, and the amount of coumarin in 1 teaspoon (2.5 grams) of ground cassia cinnamon is from 7 to 18 mg …

Some people are allergic to the cinnamaldehyde in cinnamon, which causes sores on the oral mucosa. This is more common when too much cinnamon oil or cinnamon chewing gum is used.

OTHER SIDE EFFECTS OF CINNAMON

EXCESSIVE USE OF CINNAMON, AS WELL AS OTHER SPICES, CAN CAUSE SIDE EFFECTS

Since eating cinnamon can lower blood sugar levels, this condiment should be treated with caution by people taking diabetes medications so as not to over-potentiate their effects.

Our takeaway is that while eating too much cinnamon may have some disadvantages, it is a seasoning that can be consumed in small to moderate amounts.

Cinnamon is the tastiest and healthiest spice. It is incredibly popular in cooking due to its recognizable aroma. At the same time, the benefits of cinnamon have been confirmed by many studies. It effectively lowers blood sugar, has anti-inflammatory and antimicrobial effects, protects against future heart problems, and helps to relax. Plain cinnamon contains more antioxidants than any other condiment and spice.

True, it is not suitable for all people. Some people are allergic to cinnamaldehyde, the main active ingredient in cinnamon, which is responsible for the beneficial properties of the spice. Cinnamon can effectively lower blood sugar levels. Therefore, people with diabetes (especially those who take insulin) need to be careful with this spice. But too much cinnamon can be unhealthy. The fact is that cinnamon (especially Chinese cinnamon) contains coumarin. Therefore, it is best to limit yourself to one teaspoon of this spice.