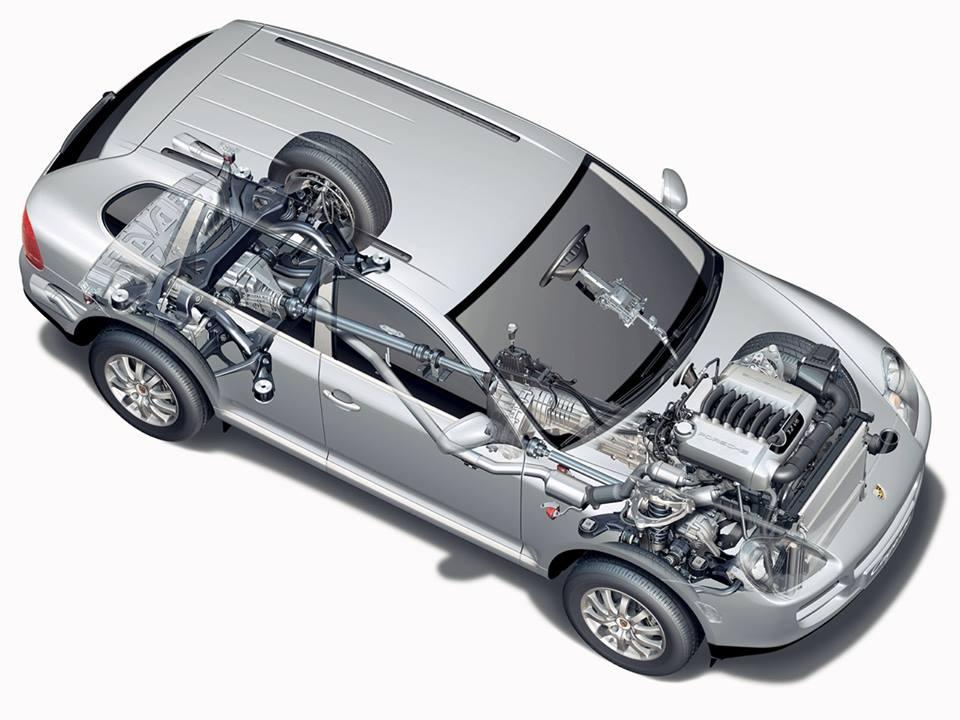 The coronavirus pandemic will unleash an economic crisis that many already comparable to that of 2008, where the sale of new vehicles plummeted and the purchase of second-hand cars skyrocketed. If we add to this that people prefer to travel by private car so as not to be exposed to COVID-19 in public transport, we obtain that due to the drop in household income, second-hand and second-hand vehicles can once again become the perfect resource, if you’re looking for the used car in Japan online that Auto For Trade is the best option to find the best second-hand car in Japan, the UK, USA, and to export worldwide.

The problem is that with a used car you always risk that the repair bill is higher than the purchase bill. To try to minimize the chances of making a mistake, we are going to put together an extensive guide of tips for buying a second-hand car. This guide consists of different parts: mechanical, sheet metal, the interior … and we will start with the mechanical part, the most complex and important.

CHECKING THE ENGINE OF A SECOND-HAND CAR

Beyond possible structural damage from a crash, the most important thing when reviewing a second-hand car is that it does not have mechanical failures, since they can be the most expensive to repair. For this reason, we are going to detail what elements you should check to check that the used vehicle is in good health regardless of the kilometers it has traveled.

To do this, the first thing we will do is open the hood. A first look will allow us to see if the engine is very old, and especially how the owner has treated and preserved the car. It would be better to forget about buying the vehicle that, if the engine is very neglected, with a lot of dirt, grease, and corrosion on the battery and other elements.

If, on the other hand, we see an aspect that denotes good conservation of the used car, we will start with something as simple as checking the oil. To do this, we will extract the dipstick and check that it is at an optimal level -between the minimum and the maximum-, although the best indication for purchase is that the liquid does not look too bad. If it is very black or thick, it means that they have not done good maintenance on the vehicle. 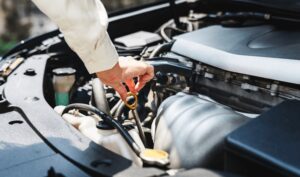 The next thing we should look at is if the engine is leaking. If we observe the presence of liquids where there should not be, as well as improvised rivets or homemade gaskets made with rubber, silicone, or other sealants, the engine is in very bad condition. A propellant in good health should not have traces of liquid on any of its surfaces.

For a more thorough inspection of the second-hand car, we could even open the engine cap and try to look inside with a flashlight, to see first that the oil is not curdled or with a strange color, and we could even look at more Detail if you see damage such as parts with too much friction or wear due to bad friction. 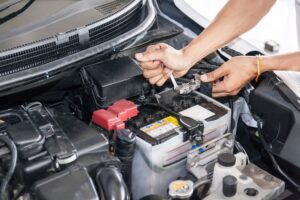 The next thing will be to check the motor belts. If these are too hard and inflexible, it means that they have been used for too long and could soon break. In the case of the timing belt, this repair can be a huge bill when we go through the workshop. That is why in addition to taking a look at its condition, it is recommended that if the car has already exceeded 120,000 or 150,000 kilometers, the owner shows us the invoices for the belt changes. In the same way, the rubber tubes of the propellant must have a soft touch and be flexible, so that they can be squeezed without difficulty and even feel liquid inside.

Of course, in a second-hand car, we must also check the state of the fluids. The antifreeze, in addition to being at an optimal level, must have suitable color and the walls of its container should not appear black stains, which denote the presence of moisture or corrosion. The brake and steering fluids, although they do not need as constant care as oil or antifreeze, they can tell us by their level and condition, if the car has been cared for, or on the contrary, the owner of the vehicle has made incorrect maintenance of it.

Finally, we will look at the state of the radiator. It is logical that it has small dents due to stone impacts when we drive on the road, but on the other hand, it should not have large blows, or leaks, or traces of rust or other foreign elements.

HOW TO TEST A SECOND-HAND CAR?

Once these checks are made while standing still, the next thing to do is start the engine. If you do it quickly the first time, it means that there are no problems with the battery or the starter motor, among other elements. Likewise, no mechanical fault or maintenance signal should appear on the instrument panel.

We will immediately notice the smoke that the car expels. Despite being a used car, it should never be excessive, although at the beginning it may be more abundant than when it takes temperature. It must also be as translucent as possible; if it is very thick and opaque, depending on the color it may indicate different faults. The most logical thing is that it is white or black but it can even be a bluish color. Be that as it may, if it emits a lot of smoke and is very vivid in color, it means that the engine is not in good health.

Once the car has warmed up, there should be no excessive vibrations, noises, or rattles. The level of acceptance of these incidents will depend, of course, on the years of the second-hand car, but in no case should they be alarming: a vibration that gets into the passenger compartment, an annoying squeak that denotes the poor condition of the belts, or an annoying rattle, are clear indications of the poor condition of the engine.

Smoke in The Car 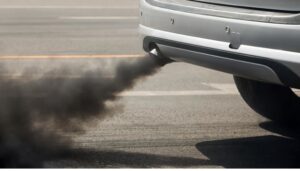 Smoke in the car

If the engine sounds good, we will study the condition of the clutch. First, disengaging and checking that the pedal offers the correct resistance and that there is no noise in its path. Next, we will engage in different gears while stopped to see that the lever works correctly and without too much play. To see the wear that the clutch has suffered, we will put in first and put the handbrake. Then we will slowly release the pedal and if at the end of the journey the car stalls, the clutch does not slip and works correctly. Another way to see its wear is to simply release the pedal with the stain on and check that the car leaves soon and there are problems.

Before we start we will get out of the vehicle and with the car started we will remove the oil dipstick. Doing so should not spit oil or smoke. If so, it is a clear indication that the engine is damaged by possible leaks.

DYNAMIC TEST OF A USED CAR

Once we started the march, and as happened with the car stopped, there should not be an excess of smoke, noise, or vibrations. The accelerations must be constant and energetic if we demand it, always taking into account the power of each propeller. It is not a good sign that we do not have power losses during acceleration, either from a standstill or in recoveries.

If we brake hard, the car must respond appropriately. If it does not stop in a short time it may mean that there is a fault in the braking system or great wear of the brake pads or discs. But in the latter case, the maneuver would be accompanied by a notable screech. In addition, to the touch, we could see that if we pass our fingers through the discs there is a large step at the end of them.

As for the direction, when driving there should be no vibrations or strange movements. And if we let go of the steering wheel, the vehicle must be kept straight on a flat surface. If not, it could indicate a steering failure as well as a deterioration of the suspensions. When turning there should be no knocking or noise, and the turn should be done in a ‘natural’ way. 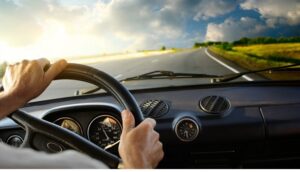 Once and we see a good distance traveled, we will look at the temperature of the vehicle to verify that it remains at the midpoint of the indicator. If it exceeds it notably, there is a serious fault in the propeller.

Once the dynamic test of the vehicle has been carried out, we will check before turning it off the proper functioning of all electrical systems: air conditioning, lights, ventilation, indicators, radio, heating, etc.

Finally, and even have carried out all these checks, before buying a second-hand car, and more so if it is between individuals, we always recommend taking it to a trusted mechanic so that he can carry out an exhaustive review to check its state of health.

Seven Major Basic Flexbox Lessons You Can Learn Through
Review on WaltonChase| Is it a reliable broker? (WaltonChase.com)
To Top