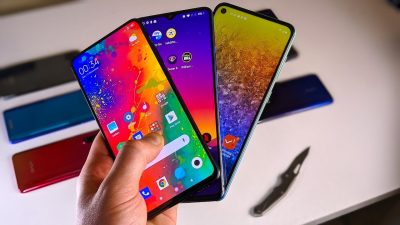 The Indian smartphone industry is unlike any other in the world. This is down to many reasons: the ever-expanding middle class, Indian consumer’s hesitation to buy an expensive device, and ironically enough, the willingness of millennials and young adults to own expensive smartphones, and we are just scratching the surface.

While there was a time when consumers were reluctantly willing to spend the big bucks to purchase a premium device, they no longer have to depend on premium brands like Samsung and Apple, and neither do they have to rely on flagship devices to get top-of-the-line features and specs. The smartphone industry has changed completely over the past six years, and one can chalk this down to one brand’s influence in particular.

When Xiaomi entered the Indian smartphone market in 2014, it was the likes of Samsung, Micromax, Karbonn, and Intex that were firmly in command. While Samsung was the undisputed leader, Micromax was quickly covering the ground, while the other two domestic brands were also happy with their progress in the smartphone industry.

In just three years, Xiaomi changed the entire landscape of the industry and has now become the undisputed leader. This wasn’t done overnight, and this wasn’t a fluke either. Xiaomi understood the needs and requirements of the average consumer and was able to cater to those needs better than anyone else.

Since then, brands like Realme and OPPO have followed suit, while Samsung has also made concerted efforts to better cater to the budget consumers. Here are a few reasons why budget smartphones will never become passe. 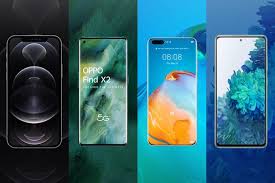 Whether we talk about multiple rear cameras, a good selfie camera, decent RAM size, more battery capacity or faster processors, budget phones today come with everything we would need in a smartphone. Let us take the example of Xiaomi Redmi Note 9, considered to be the best phone under 12000 INR.

It comes with 4GB RAM, 5,020mAh battery, quad-rear camera array with 48MP primary shooter, 13MP selfie camera, and a 6.53-inch display. This smartphone is also powered by the MediaTek Helio G85 chipset, which is perfect for gaming.

There was a time when you had to splurge around Rs. 30,000 get these specs in a smartphone. Today, however, you don’t have to spend more than Rs. 10,000 – Rs. 12,000 to buy such smartphone models. This only goes to show that budget phones today are equivalent to mid-premium models from 3-4 years back.

In fact, upcoming phones such as OnePlus Clover, Realme V5 and Xiaomi Redmi 10X are all 5G-enabled, and will only cost anywhere between Rs. 15,000 – Rs. 18,000. These phones will come with best-in-class features and specs, which once again highlights the fact that budget phones will always be in demand.

Today, consumers are presented with two choices: purchasing a smartphone that would not put a dent in their savings or purchasing a premium, flagship model that might cost twice as much as their monthly salary. Affordable smartphones, as the name suggests, are affordable, and hence offer greater convenience. India has an ever-expanding middle class, and it goes without saying that we would rather find a good phone within our budget than find a model that could hurt us financially.

Another way to look at it is through the age demographics. In 2019, it was reported that about 26.62 percent of the country’s population fell into the 0-14 year category. Kids and teens today also have access to smartphones, while young adults prefer buying an affordable smartphone, as they do not want to spend all of their savings on one device. That sentiment will not change in the future, and as such, they will continue to rely on budget phones for their smartphone needs.

In a price-sensitive market, it is important to cater to the needs and requirements of consumers. This is particularly true in a budget-conscious country like India. Most of us prefer simpler, relatively safer options while buying a product.

Instead of going for something fancy and taking a gamble, we prefer buying products that we know will last longer, and won’t set us back significantly in terms of cost. This is why we prefer budget-friendly options over expensive ones, and as long as we have a burgeoning middle class, budget phones will continue to remain extremely popular.